After a long and jittering winter, sleeveless tops, sundresses, and sunglass make their grand entrance with the summer. But who would like to wear such outfits without a healthy golden glow on the skin? That’s why applying self-tanners is a trend that will keep coming back every summer.

But if you are pregnant, one question becomes apparent, ‘Can you use self-tanner while pregnant?’ To put it shortly, Yes and No!

Yes, the answer seems confusing, but it’s a fact. Due to the lack of proper research on the topic, such confusion has risen.

We will illustrate the facts and suggest alternatives of self-tanner for the attractive and healthy golden glow during pregnancy.

Can I Use Self Tanner While Pregnant?

Nonetheless, self-tanning is undoubtedly a safer option than lying underneath the sun directly to get the golden glow. Sun carries UV-rays, which might have an adverse effect on your skin and pigmentation while you suntan.

Therefore, during pregnancy time, you must avoid suntan. It can cause skin irritation and excess pigmentation, which will deter your health. And the last thing you don’t want during pregnancy is to get sick.

During pregnancy, your skin, as studies show,  will become more sensitive. Thus sunbath for tanning might cause chloasma, heat rash, or even hives. However, in general, most physicians think that self-tanner product such as sprays, gel, or cream are safer alternatives even when you are pregnant.

Some researchers comment that there’s no conclusive evidence that says self-tanning is harmful to pregnant women. However, it is purposefully and prominently recommended that you take suggestions from your physician during pregnancy if you indeed want to apply self-tanners.

Now, let’s see the possible effects of self-tanner during pregnancy. 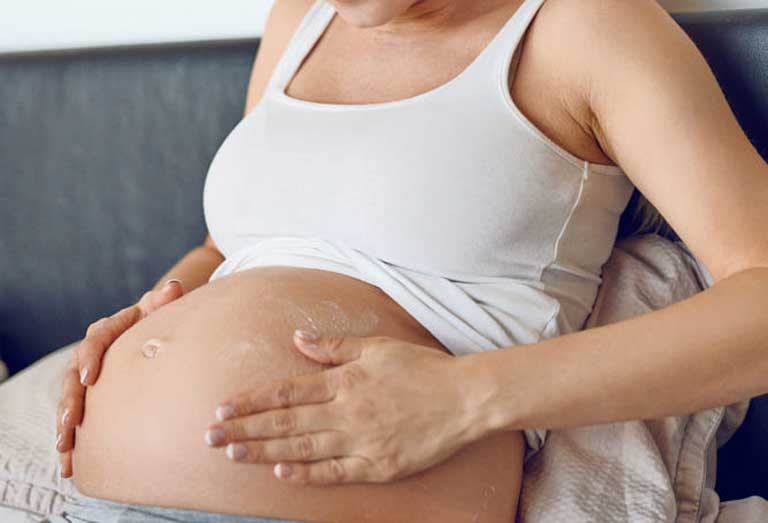 Self-tanning beds are popular among women for their convenience and comfort. The good news is that no research has found the effect of tanning bed harmful during pregnancy. But you have to be concerned while using the tanning beds.

It is essential because the beds for tanning will increase your body temperature temporarily. And studies on pregnancy and raised body temperature suggest that excess heat should be avoided during this time.

It is because, during early pregnancy, a woman will generally have a raised body temperature. Thus adding excess heat isn’t a smart decision. But, the self-tanning materials aren’t harmful to you at this time.

Tanning from the bottle:

Also, beauticians suggest that using a self-tanner from the bottle is the best option during pregnancy. These sunless tanners come without UV-rays and, therefore, healthy and safe. So, it doesn’t run the risk of skin cancer as suntan might do.

Furthermore, it is also free from the effects of sunburns, hives, and chloasma. The best part is that self-tanners are available in many forms, including cream, lotion, spray, or gel. So, you are at liberty to choose your preferred fake tanner style.

Moreover, the high-end varieties of bottled self-tanners come with the least odor. It is a great relief for pregnant women since olfactory sense during pregnancy is heightened. Thus, with these self-tanners, you won’t have to feel the odorous burden.

Finally, these self-tanners will offer you immediate golden color. So, you won’t have to wait long to get the attractive hue.

But you have to be concerned about dihydroxyacetone (DHA), which is an active ingredient for self-tanners. It might penetrate the skin and harm the fetus. But it is a possibility only; no study has confirmed it yet.

However, you should apply the fake tanner on a small patch of the skin and see how it reacts. This way, you can play safe with the self-tanners during the pregnancy period.

We hope that you have a clear idea of whether or not you can use self-tanner while pregnant. You must avoid the natural suntan and prefer bottled products. Nonetheless, you should not apply any fake tanner during the early pregnancy since your skin is susceptible at this time. Also, the fetus isn’t fully developed during the early pregnancy period.

Thus, for safety purposes, wait for the first trimester and take advice from your physicians before you apply the self-tan for an attractive glow. 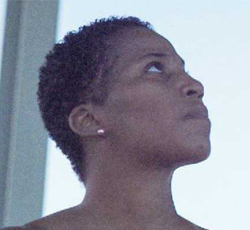